NEDAERO is distributor of the TTLS: Transportable Transponder Landing System for the BeNeLux (Belgium/Netherlands/Luxembourg) 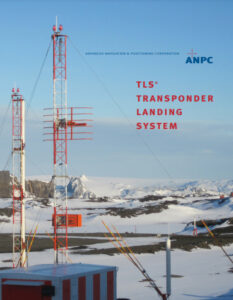 The Transportable TLS is a precision landing system for use at airports where terrain or land constraints make Instrument Landing System (ILS) installation infeasible or cost-prohibitive. The transponder tracking technology is patented by ANPC and provides highprecision aircraft positioning in real-time for area surveillance and all-weather precision instrument approach to airports and landing areas worldwide.
Based on transponder multilateration, the TTLS is a performance-based system that complies with ICAO standards and recommended practices (SARPs) for ILS, secondary surveillance and precision approach radar (PAR).
The TTLS tracks aircraft using their Mode 3/A and Mode S transponders to provide practically any airport a precision ILS approach.

How the TTLS works

The TTLS uses ground-based sensors to determine the aircraft’s three dimensional position from signals transmitted by the aircraft’s transponder. Localizer and glide slope signals are generated based on the aircraft position relative to ILS approach and are transmitted to the aircraft to guide the pilot to the runway
threshold. The pilot can then fly a precision approach to the minimum decision heights, just like flying an ILS. The minimum decision height for a given approach procedure is determined using pans-ops and will also be affected by the planned runway markings and approach lighting.

Precision approach for terrain-challenged airports with:

GCA capability without the need for a separate, expensive precision approach radar (PAR).

Approach and landing on oil rigs.

The Transportable TLS (TTLS) can be deployed and made operational in less than 6 hours with 3 trained personnel.
The system’s placement on the airfield is flexible and is easily customized to mission requirements. Components can be placed entirely on one side of or astride a runway or helipad.
Once deployed and calibrated, the TTLS is ready to support flight operations.
TTLS can be uninstalled and packed for shipment in less than 2 hours by 3 personnel.

Interested and want to know more about our TTLS?